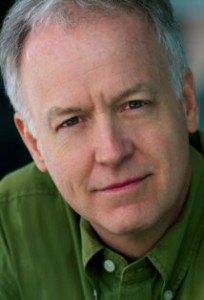 Will be appearing in the world premiere of Taking Care of Baby by Dennis Kelly at the Manhattan Theater Club this fall. Most recently he appeared in All The Way by Robert Schenkkan at The American Repertory Theater (A.R.T.); Hapgood by Tom Stoppard at The Williamstown Theatre Festival;  as well as appearing in the Roundabout Theater’s Broadway revival of William Inge’s Picnic. He received a Special Drama Desk Award in 2012 honoring his thirty six years of work as an actor. He made his Broadway debut in Albert Innaurato’s smash hit, Gemini, in 1977. Last season he appeared in the acclaimed productions: Kim Rosenstock’s Tigers Be Still and David West Read’s The Dream of the Burning Boy (Drama League, Outer Critics Circle nominations), both at The Roundabout Underground, and Adam Bock’s A Small Fire at Playwrights Horizons, where he has appeared a record-breaking eight times. Reed was seen last fall at The Atlantic in Dreams of Flying, Dreams of Falling by Adam Rapp. He was Ian in the now legendary New York premiere of Sarah Kane’s Blasted in 2008 at Soho Rep, for which he was nominated for a Drama Desk Award. He received an OBIE and Drama Desk Award for his performance in Annie Baker’s Circle Mirror Transformation also at Playwrights Horizons. He was Tony Blair in the acclaimed Public Theater production of Stuff Happens. Other notable performances include the world premiere of Tony Kushner’s revised Homebody/Kabul at Steppenwolf and The Taper; Bug (OBIE award); The Common Pursuit at the Promenade Theater; Gaev in The Cherry Orchard at Williamstown Theater Festival. He made his film debut in Arthur Penn and Steve Tesich’s Four Friends, and has appeared in Clint Eastwood’s Changeling, Morning Glory with Harrison Ford and Jeff Lipsky’s Twelve Thirty. Upcoming film roles include: Imogene with Kristin Wiig and Annette Bening; Jeff Lipsky’s Molly’s Theory of Relativity; Joss Whedon’s In Your Eyes and Adult World with John Cusack. TV work includes episodes of “Gossip Girl,” “Kings” and “My Generation” and the upcoming “House of Cards” for Netflix, directed by David Fincher. HE won a 2006 Obie Award for Sustained Excellence in Performance and this year Actor’s Equity awarded him the Richard Seff Award.  He recently played Vanya in Annie Baker’s new translation of Uncle Vanya, directed by Sam Gold at Soho Rep.