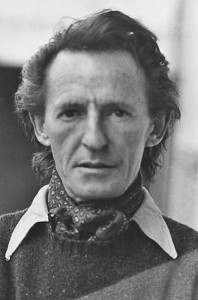 [b. 1930] was an Australian author of satire, suspense novels, and crime fiction. Born in Sydney to a family with Gypsy roots, he traveled the world for the first three decades of his life. In 1960, he settled on the island of Mallorca, in the Mediterranean, and decided to write fiction.

His first novel, The Straight and the Crooked, appeared that year, but it was his third effort, Séance on a Wet Afternoon, for which he is best known. The story of a strange pair of kidnappers, it was made into a well-regarded film in 1964 and has been adapted as an opera. His most well known characters are the eccentric Detective Sergeant Norman Pink, and Appleton Porter, an unlikely spy whose often comic adventures McShane chronicled under the pseudonym Marc Lovell.

Back to Cast and Creative